An Update on the "So-called War on Terror"TM 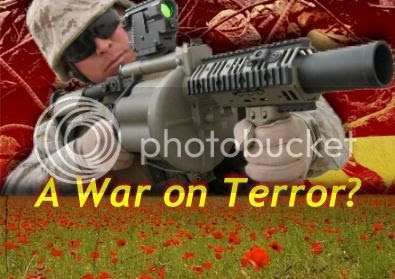 This year will see a record crop of opium poppies coming out of Afghanistan, according to the UN Office on Drugs and Crime.

Before the Taliban came to power in Afghanistan, opium was the country's biggest export. But the Taliban banned the cultivation of opium poppies in 1997. The initial ban seems to have been fairly ineffectual. Afghanistan is, after all, an extremely poor country, and farmers had a steady and significant source of income in poppies. However, the Taliban instituted yet another ban in 2000, one with "teeth," and the New York Times, and other news sources, reported on the success of that ban six years ago. In the February 7, 2001 edition of the Times, Barbara Crossette reported that

Initial results from a survey of opium-growing areas of Afghanistan in recent days indicate that the Taliban may have succeeded in sharply reducing the annual poppy crop, astonished United Nations narcotics-control officials say.

On May 20, 2001 the same correspondent reported that US officials had termed the Taliban's poppy ban a "success":

The first American narcotics experts to go to Afghanistan under Taliban rule have concluded that the movement's ban on opium-poppy cultivation appears to have wiped out the world's largest crop in less than a year, officials said today.

But by October of 2001, after the events of 9/11 and immediately preceding the US-led invasion of Afghanistan, it was clear that poppy cultivation was still going on in Afghanistan, but NOT in areas controlled by the Taliban. Barry Meier, writing in the October 5, 2001 edition of the New York Times reported that

New data collected by the United Nations indicates that most opium grown in Afghanistan this year was in areas controlled by the Northern Alliance, a rebel group now being courted by the United States and its Western allies as a means to destabilizing and even toppling the ruling Taliban.

The United Nations study confirmed earlier findings by United Nations officials and United States narcotics experts that opium harvests in areas controlled by the Taliban -- said by the United Nations to be about 90 percent of Afghanistan -- have plummeted after a recent Taliban ban on the growing of opium poppies. Opium is used to produce heroin and other narcotics.

The invasion of Afghanistan at the beginning of the so-called "war on terror" probably spelled the end of the Taliban's opium poppy ban. Tim Golden in the New York Times, October 22, 2001, reported:

A highly successful government ban on the growing of opium poppies in Afghanistan, which had been by far the biggest source of opium in the world, has begun to unravel as the United States presses its war against the ruling Taliban, American and United Nations officials say.

Reports from Afghanistan received last week by the United Nations show that farmers are planting or preparing to plant opium poppies in at least two important growing areas. Recent American intelligence reports also suggest that the year-old ban may be eroding as the military assault continues, United States officials said.

None of this is to defend or excuse the Taliban for its role in the attacks of September 11, 2001, or for its extremist ideology, or for its overall influence in global terrorism. It is just to point something out that I have seen, so that you might see it and think about it too, and that is this: Wherever the US extends its influence in the developing world, drugs seem to follow.

Look at Colombia, our only real "ally" in Latin America. Despite a twenty year, US funded "war on drugs," Colombia (one of the few remaining US allies in Latin America) remains one of the biggest producers of cocaine and traffickers of heroin in the world. Some think the drug war is a facade, a reason to aid the right-wing Colombian government in its on-going guerilla war against the FARC (Revolutionary Armed Forces of Colombia, a communist group who have been blamed for the drug trafficking), because "the notion of a war against drug production is eminently more marketable to U.S. politicians and voters than a post-Cold War crusade against South American Communist guerrillas."

Look at Nicaragua in the 1980s. A CIA inspector general's report, released in January, 1998, confirmed that unnamed CIA authorities had effectively blocked federal investigations of Contra drug trafficking. It also gave evidence of the complicity of William Casey and the Reagan administration by frustrating independent investigations for political reasons (this was also the era of the Iran/Contra "arms for hostages" scandal). The US under Reagan was willing to do just about everything--including tacitly allowing international drug-trafficking and giving support to terrorist insurgencies--to fight communism.

Look at Iraq, which since the US invasion has become a major distribution point for narcotics all over the world.

Now Afghanistan is once again the world's biggest supplier of heroin, and the profits from the sales of opium may be going to a right-wing terror group, the Jundullah, to fund their efforts to kidnap and kill Iranians.

Peter K Fallon, Ph.D.
A PROUD MEMBER OF THE REALITY-BASED COMMUNITY-- and of the 99%. Professor of Media Studies at Roosevelt University in Chicago, 23 year veteran of the television industry, 18 years with NBC News' "Today" program. 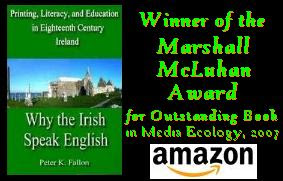 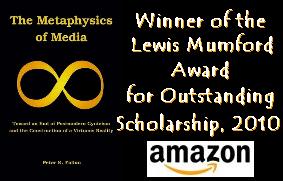